Stuff Happens.  Though you cannot control it, what you do control is how you deal with it.

It all starts with decisions and acceptable risk taking 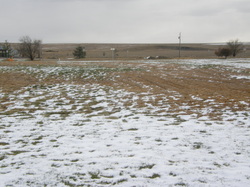 The attention getter was nearly the first words out of my cousin Steve's mouth when we arrived in Denver in the second week of November, "You are a week late, the snows have already come to the Colorado Plateau."  We had left Mobile Bay in Alabama the week before, coming back to Seattle from 90 days of boating on the Mississippi, Tennessee and Tenn-Tom waterways.  Our first encounter with freezing temperatures was just east of Denver.  We planned for one night in Denver at my cousin's house and then 4 more days of driving back to Seattle.

That first night in Denver, we watched the weather forecast and snow was expected throughout Southern Wyoming.  We decided to wait for a weather window; all we needed was bare and wet pavement and temperatures above freezing.  If there was snow off the pavement, that was fine; we would stay in a motel because the nights were just too cold.  We stayed in Denver for four days waiting for that window; the family was great.

After spending hours pouring over traffic cams, air temperatures on the route, forecasts, and radar images, we headed out of Denver and got through Cheyenne.  The wind was stiff and cold and slowed our progress.  The air temperature varied from 34 to 36 degrees.  The freeway was bare and wet.  Traffic was moderate and many rigs were passing us.  We were doing a pleasant 35 MPH because of the conditions.

Then, 5 miles west of Cheyenne, it happened; quickly yet slowly 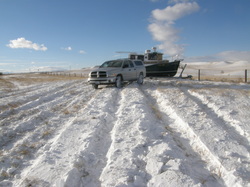 The truck's rear end slid slightly to the left, just enough to point the right front wheel to the shoulder, and when the front end was slowed by encountering the gravel shoulder, the weight of the boat and trailer pushed on the back of the truck.  Witnesses would say we jackknifed, but in an instant the truck and the boat/trailer were smashed together, side by side, and then we did an unlikely dance of spinning in a circle, spraying snow up across the windows as we slid across the gravel shoulder and stopped at the fence line marking the freeway right-of-way.

It was quiet, the truck was running and we looked at each other and made certain that no one was physically hurt.
Sitting there, we saw two more vehicles spin out and off the freeway.  The black ice would take five more vehicles in less than 10 minutes; two were roll overs. 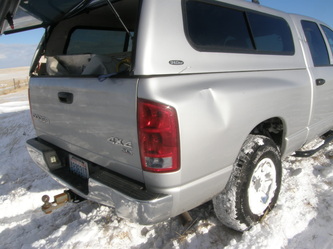 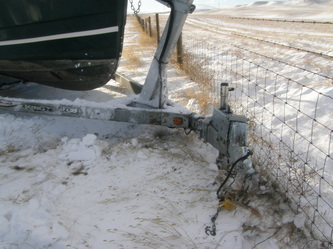 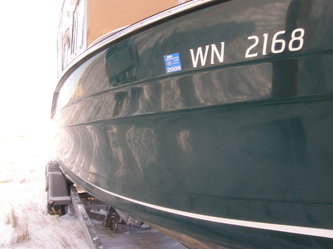 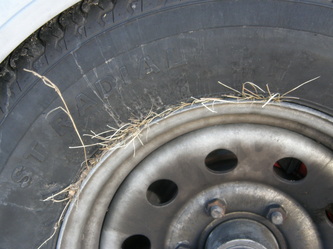 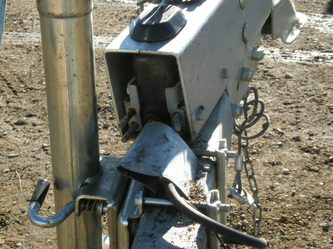 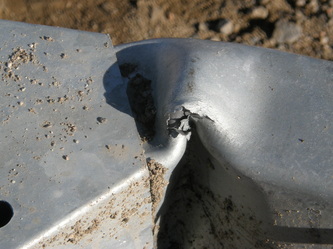 The miracle of BOATUS insurance 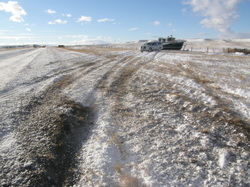 Months ago, we checked the box on the insurance form for roadside towing without much thought of ever using the service that cost $10.  After calling 911, we called BOATUS insurance and was immediately connected to a wonderful person in California.  While he researched the available tow companies, Laurie powered up the laptop and researched the welding shops in Cheyenne because we needed the trailer repaired.  Working together, BOATUS found a rig that could take the boat and trailer and Laurie found a welding shop who could do the job.

​Two hours later, the boat and trailer were parked at the welding shop.  It was a Friday, no work would happen until Monday at the earliest.
We were delayed an additional day as we tried to find the actuator that runs the trailer's surge brakes.  The maker of the trailer, King Trailer, became our heros when they agreed to overnight ship the part from their inventory.

The end of the story was that five days later, under warm skies and dry pavement we headed west.  The truck had damage to the passenger doors but that repair happened when we got home.  The welding shop in Cheyenne was great but they did not have galvanized parts.  King Trailer took us under their wing and rebuilt the trailer when we got home.  Our insurance company, PEMCO was super and BOATUS' service saved us from a $900 tow bill.

Blessings? The level gravel shoulder that was 100 yards long and 50 yards across was the only level spot in 20 miles.  A short distance either way was steep and treacherous and the outcome would have been severe and potentially life-threatening

Do-overs?  I should have engaged the truck's four-wheel drive much earlier as the road had slush on it.