The "Laurie Ann" transforms to "Evolve" and goes to Michigan

There is a well known phrase that the two happiest days of a boat owner is the day the boat was bought and the day the boat was sold.  Though we were not actively planning the sale of our Ranger 25, it happened quickly and smoothly. In a matter of three weeks, we had found a beautiful Ranger 29 that met out budget needs and sealed the deal.  So when Tom Zimmerman arrived with his truck to take the tug to Michigan, it was a melancholy feeling for us.  Part of the deal was that the name "Laurie Ann" would not go with the boat.  We did the appropriate de-naming ceremony and took everything that had "Laurie Ann" off.  She was ready for her next chapter to Michigan.

We had bought and sold two sailboats and now 3 powerboats a﻿nd this was the smoothest deal.  We never advertised her or put with a broker.  We simply told the "Tugnut Telegraph" on the owner's forum and within a few days, we had three emails or phone calls that expressed interest.  Also, we did not price the "Laurie Ann" at the top of the market.  She had nearly 1000 hours on the engine, over 5,000 highway miles and over 6,000 of cruising miles.  Though well maintained and looking good, there were more 2008 model tugs with a lot less wear and tear.

We had a great feeling about the Zimmerman's and were glad that the tug was going to good and caring home.  She will spend those cold Michigan winters in heated storage on Tom's property.

I had already budget and planned for the 1,000 hour service of the Yanmar.  Tom's surveyor found an issue that the fuel hose was the wrong type and needed to be replaced.  So, that was part of the service.  Tom made the right decision to completely replace the trailer's wheel hubs and brakes and that cost about $1,400.  When a trailer is dipped into salt water as frequently as the "Laurie Ann" was, because it was used a lot, those components of the trailer need to replaced about every three years.

We elected to move to larger boat because we will be resuming the Great Circle Loop in 2014.  We wanted a larger boat to be a bit more comfortable but also to have occasional family member or friend have a comfortable place to stay.  We are now the very proud owners of 2012 Ranger 29, named "Andiamo," Italian for Lets Go!  She is moored at the Port of Everett, WA as we ready her for the 12 month, 8,000 mile adventure.  She will be trucked to the Gulf early in 2014.

Join us at Andiamo's website: www.andiamo-ranger29.com
As we chronicle the modifications, the operations and the travels.

We wish the Zimmermans happy boating and great adventures 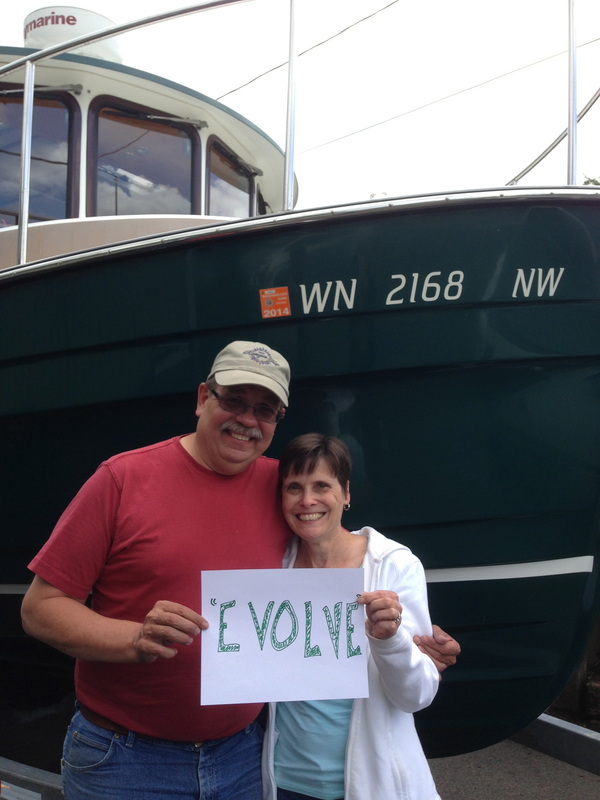